0
was successfully added to your cart.

“One of the first children I met in Zambia was a little boy named Kennedy. At three years old, Kennedy had lost both of his parents to AIDS and was found living alone with his six year old brother and ten year old sister. When I thought of those three children struggling to survive and the millions of others across Africa in similar circumstances, I felt an overwhelming hopelessness and said to myself, “No amount of money can fix this.”

I was curious to see how Kennedy and the others would react to Phillip, the man playing Christ. We decided to drop Phillip off several hundred yards from the “farm” and then drive in and set up our cameras. We told the children we had a wonderful surprise for them. When Phillip came into view the children instinctively ran to him and threw their arms around him. Everyone except Kennedy.

When Phillip saw this little boy standing apart from the others, he walked over and knelt down. As he opened his arms this little soul ran to him and threw his arms around his neck. He began speaking as fast as he could. Phillip looked for help to understand. One of the others translated.

“My mom and dad died. They are in heaven. Have you seen them? Are they ok?”

At that moment I knew it wasn’t hopeless. I realized that the Savior could fix not only the problems of Africa, but of the whole world…and we can be His hands to do it. For the first time in my life I felt what Isaiah meant when he said, “He will swallow up death in victory; and the Lord GOD will wipe away tears from off all faces.” To Kennedy and all who struggle to understand why, I promise that God has not forgotten you. That the time is coming when He will come in power and glory and when He will keep his promise and wipe away all of our tears.” 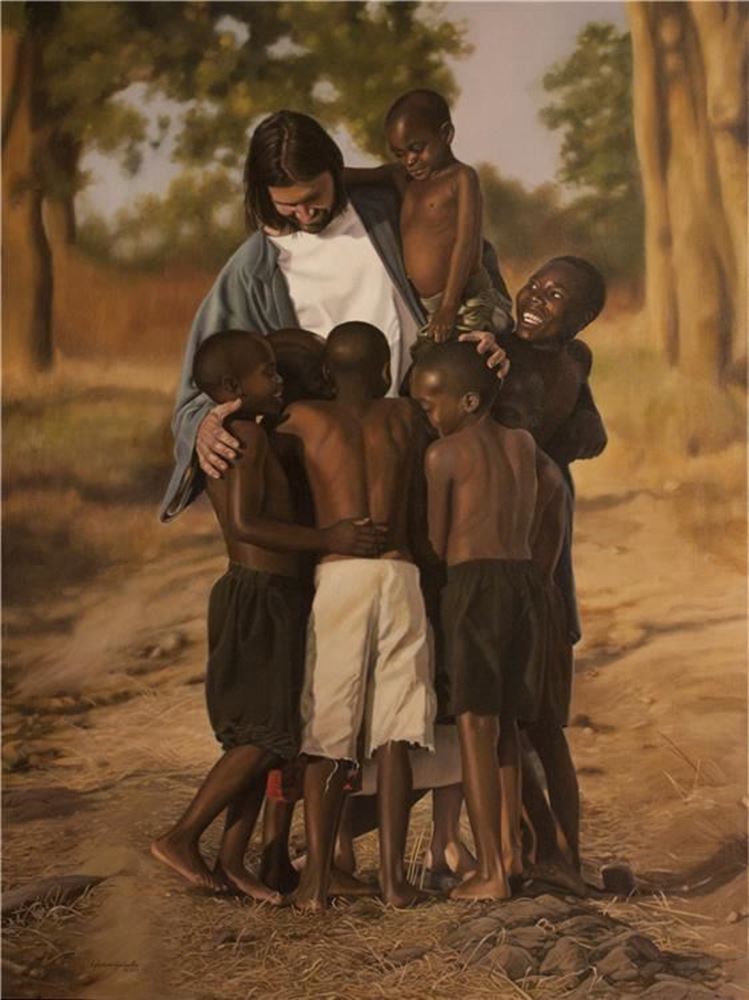 A portion of the proceeds from purchasing the artwork through the MWB website will go to support orphaned and vulnerable children.

If you have questions about any of these prints, please email tanner@motherswithoutborders.org

For All Mankind Limited Edition Giclée On Canvas 12 X 16